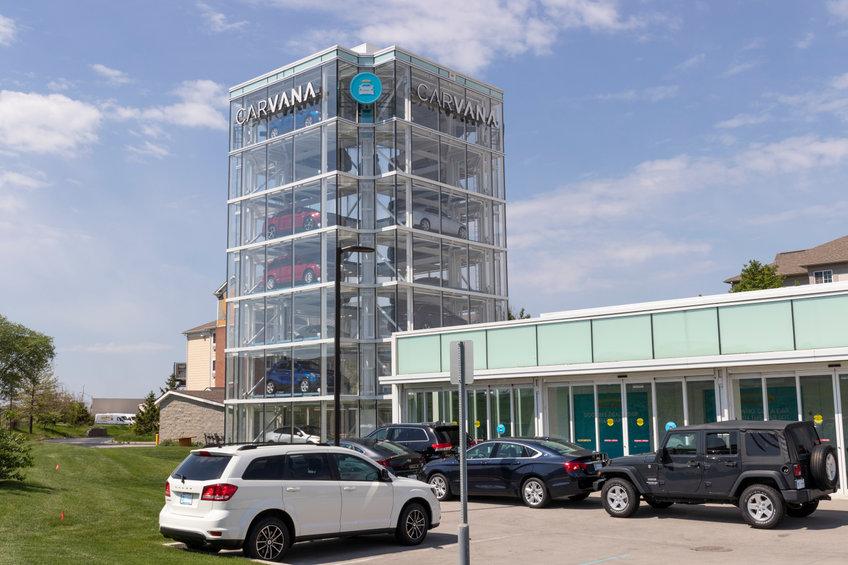 Carvana stock price has been in a freefall in 2022 as bankruptcy risks remain at an elevated level. The stock plunged to a record low of $4, which is a remarkable downfall from its all-time high of over $360. Its market cap has plunged from an all-time high of over $60 billion to about $725 million. So, will Carvana go bankrupt in 2023?

Carvana share price has been in a strong downward trend as concerns about its business remain. The company, which has become the second-biggest used-car seller, is facing numerous challenges. First, its debt load skyrocketed after the company made a major acquisition when it spent $2.2 billion in cash. This acquisition led to a significant increase in debt, which is threatening its existence.

Second, Carvana’s business model is broken. While buying a car online seems like an easy thing, the reality is that its mechanics is significantly complicated behind the scenes. For one, at times, the company is forced to ship its cars coast-to-coast, which is a highly inefficient process from a company’s stand point.

Third, Carvana is facing macro headwinds as interest rates surge. The Federal Reserve hiked interest rates by 450 basis points in 2022 and hinted that it will deliver more hikes in 2023. Higher interest rates have an inverse relationship with used car sales since they make them highly expensive. Therefore, demand for these cars has crashed remarkably in the past few months.

Further, like other tech stocks like Airbnb and Affirm, CVNA stock price has crashed because of the macro headwinds. The US economy recorded a slow recovery in 2023 as it contracted in the first and second quarters.

Inflation surged as wages grew at a relatively slow pace. As a result, most customers decided to postpone their vehicle purchases. Instead, they decided to spend their money on staples. This is reflected by the falling retail sales in the US.

It is against this backdrop that Carvana reported weak financial results. In the third quarter, the company’s total revenue dropped by 3% to $3.86 billion even as Adesa contributed $193 million to the headline figure. Gross profit per unit dropped to $3,500.

Carvana stock has plunged as most analysts have slashed their outlook for the shares. They cite significant restructuring risks amid high debt levels. The firm has stated that it has $4.4 billion in liquidity, which includes $2.3 billion in cash and $2.1 billion in unpledged real estate and other assets. There are concerns about the healthy and outright valuation of these assets. The firm said:

“This strong liquidity position, our significant production capacity runway, and our clear and focused operating plan positions us well on our path to achieve our goal of driving positive cash flow and becoming the largest and most profitable auto retailer.”

Therefore, there is an increasing risk that Carvana will issue more shares in the coming years. Anotther red flag that many investors missed was the fact that Ernie Garcia II has sold billions of shares in the past few years. He is the father of Ernest Garcia III.

The daily chart shows that the CVNA share price has been in a strong freefall in the past few months. In this period, the stock has plunged below all moving averages. It also dropped below the important support levels at $20 and $10.

The stock has also become incredibly oversold. Therefore, the stock will likely continue falling as sellers target the next key support level at $3. However, in an era of meme stock investing, there is a likelihood that the shares will bounce back in 2023. For risk-averse investors, the best thing is to avoid the stock for now.